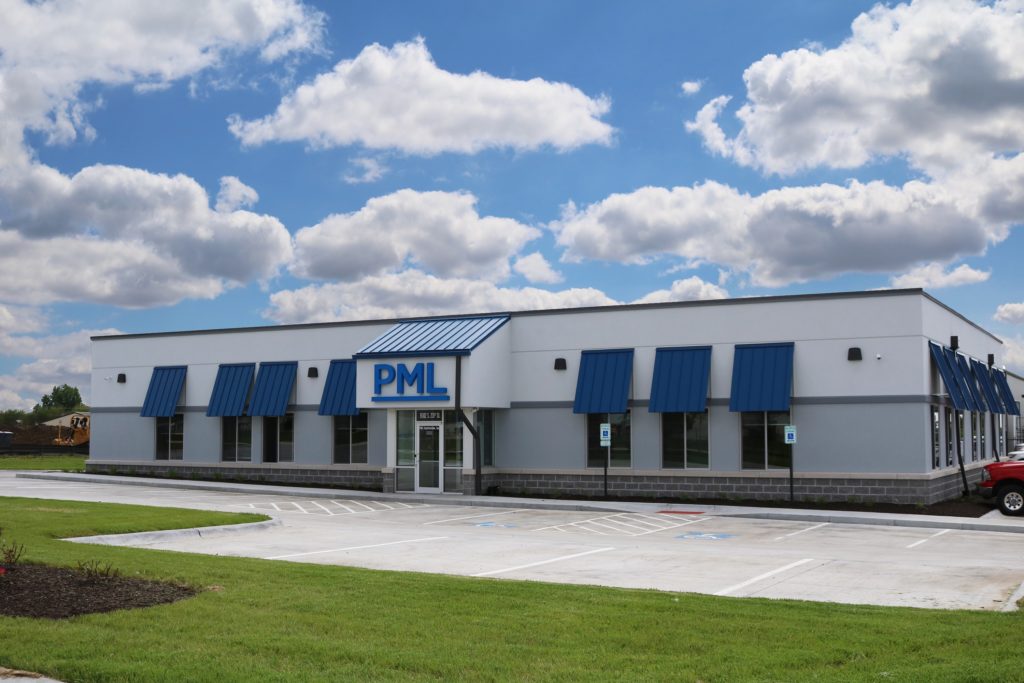 PML Construction is dedicated to being the best in our field. There is no greater measure of this than the product we turn out for our customers and our commitment to our employees.

The strength of PML Construction is rooted in its employees. PML has one of the most loyal, experienced and highly trained staff in the region. Across all job descriptions in the organization, we have professionals who are dedicated to getting the job done right for our customers. We pride ourselves in our staff and keep them involved in the process.

A common belief at PML Construction is that there are not field issues or office issues-there are only items that need taken care of. It is best to take care of items before they become issues. Our customers benefit from this approach and constantly state how it is good to work with a proactive organization like PML Construction.

Brandon's impact on PML started in 1992 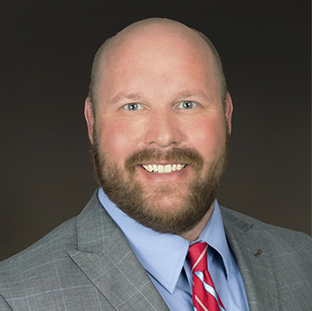 Brett's career with PML began in 1995 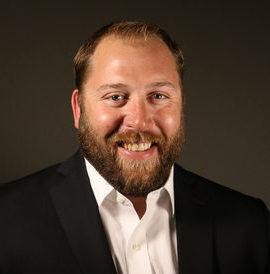 Brett has been an owner of PML Construction since 2012 and oversees all day-to-day field operations. He started at PML as Site Foreman/Carpenter in 1995, after which he was promoted to General Superintendent in 2007. He received his Construction Management Degree in 2001 from the University of Nebraska-Lincoln.

Mike has been an invaluable PML Team Member since 2012 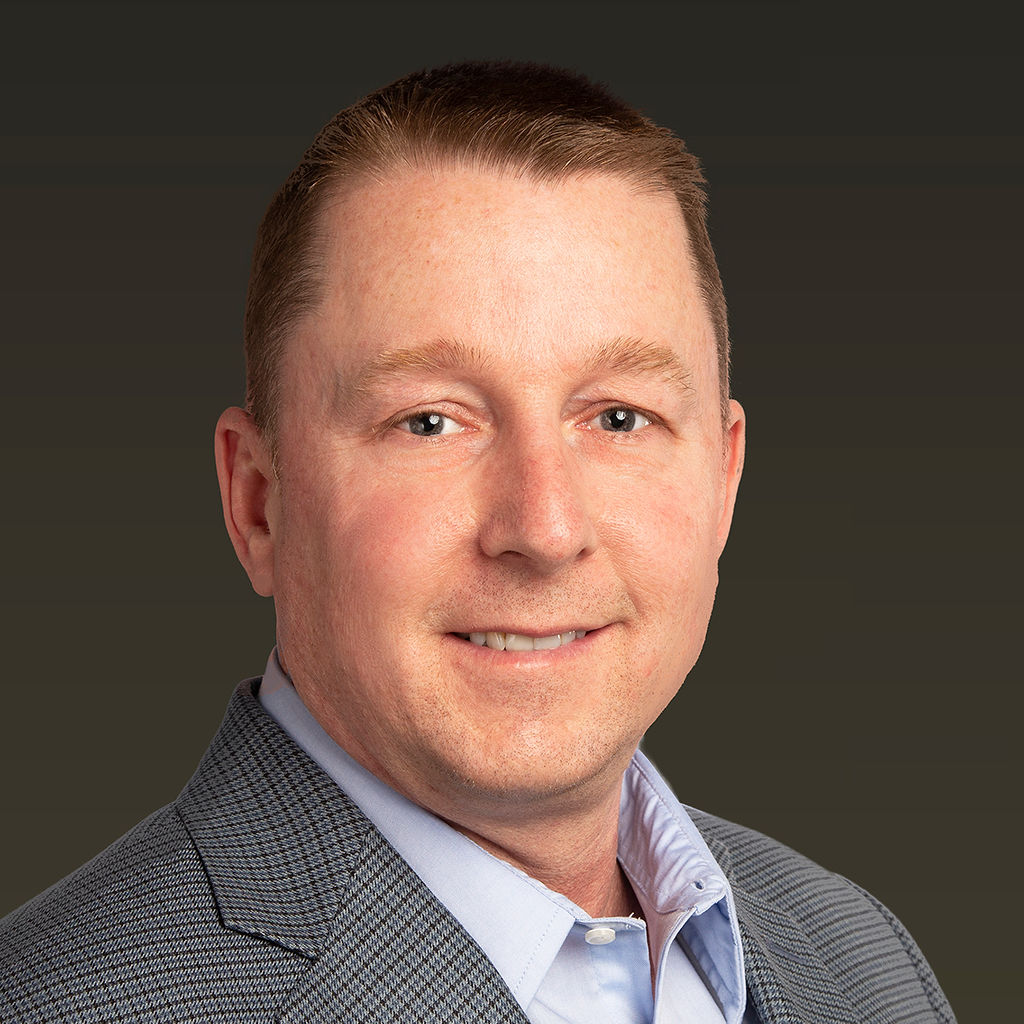 As Senior Project Manager, Mike oversees our Project Management and Estimating team. He has worked in construction since 1988, and specifically as a Project Manager/Estimator in the Omaha drywall industry since 1996. In addition to his current roll, Mike previously held positions of Carpenter and Foreman.

Paula has played a key role at PML since 2013 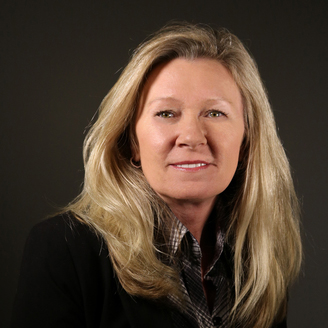 Paula has been in the construction industry in the Omaha and Lincoln metro area since 1986. Paula oversees PML's accounting department, financial reporting and treasury management, as well as managing the human resources department.

Jeff has been a dedicated employee at PML since 1985 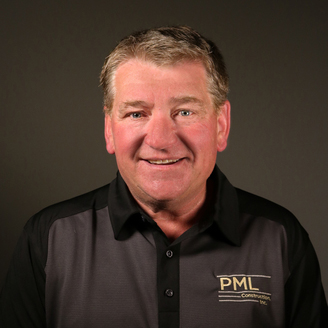 Jeff is currently a General Superintendent and oversees day to day field operations. He has been in this role since 2015. Prior to his promotion to General Superintendent, Jeff was a Site Superintendent for many years where he directly managed projects. As one of the very first employees to be hired back in 1985, Jeff continues to demonstrate his work ethic and loyalty to PML.

Andrew joined the PML team in 2006 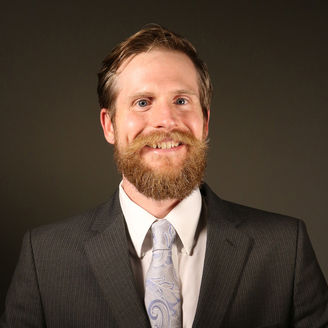 Andrew has worked in the construction industry since 2002. As Materials Manager, Andrew is responsible for purchasing and tracking materials for all projects as well as controlling our shop inventory. He also steps up when needed as a Project Manager/Estimator. Prior to his current position, Andrew worked in the field as a Carpenter. Andrew graduated from the University of Nebraska-Omaha in 2007 with a degree in Construction Management.

Kevin brought his experience to PML in 2015 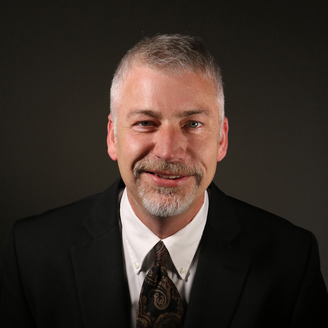 Kevin has worked in the construction industry since 1985. Twenty-five years of this time has been spent as a Project Manager/Estimator in the Omaha and Lincoln drywall markets. In addition, he has worked as a Project Manager for a general contracting firm as well as construction manufacturing. Since joining PML in 2015, his main responsibilities include Project Management and Estimating. Kevin earned an associate degree from Southeast Community College in Architectural Technologies. 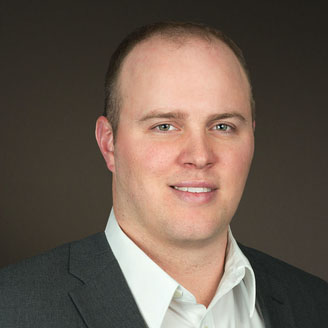 Mike's overall responsibilities are Estimating and Project Management. His project management experience dates back to 2008. Mike received his Construction Management degree from the University of Nebraska-Omaha.

PML welcomed Travis to the team in 2019 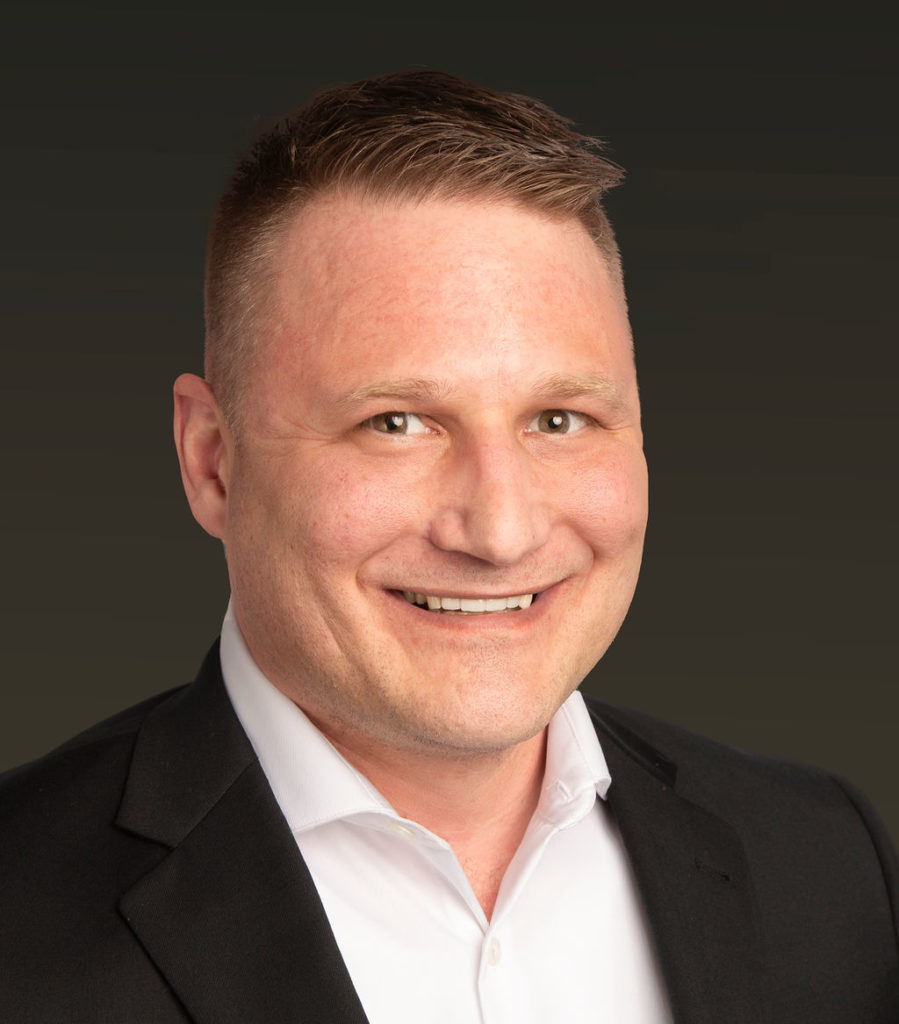 Travis' overall responsibilities are job Estimating and Project Management. Prior to joining PML, Travis worked in Project Management since 2002. He also has over 17 years of experience as a carpenter in the Omaha and surrounding communities.

Tanner has been with PML in various capacities since 2009 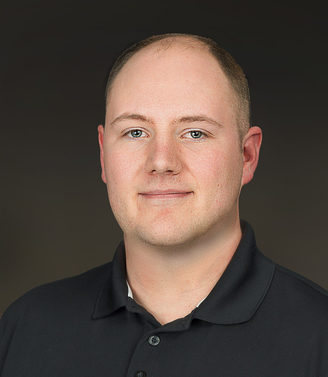 Tanner has a well-rounded background in not only the construction industry, but specifically at PML. He initially started as a laborer in 2009, then moved to carpenter from 2010-2013. After serving his country in the United States Air Force from 2013-2017, he returned to PML as a Project Engineer. While working in that capacity, Tanner also attended college, earning both his Associate's Degree in Business Management from Metropolitan Community College in 2016, and his Bachelor's degree in Construction Management from the University of Nebraska-Omaha in 2020. Tanner was then promoted to his current position of Project Manager/Estimator.

McKenzie has been an asset to PML since 2014 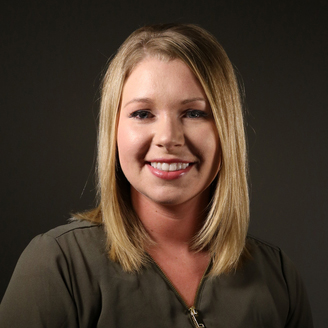 McKenzie has a wide range of rolls. She supports our Project Management team, handles IT issues that may come up, keeps our field employees up-to-date with mobile devices and technology, tracks both PML equipment and rental equipment, and plays an important roll in our HR and Administrative departments. McKenzie has 8 years of experience in the construction industry. 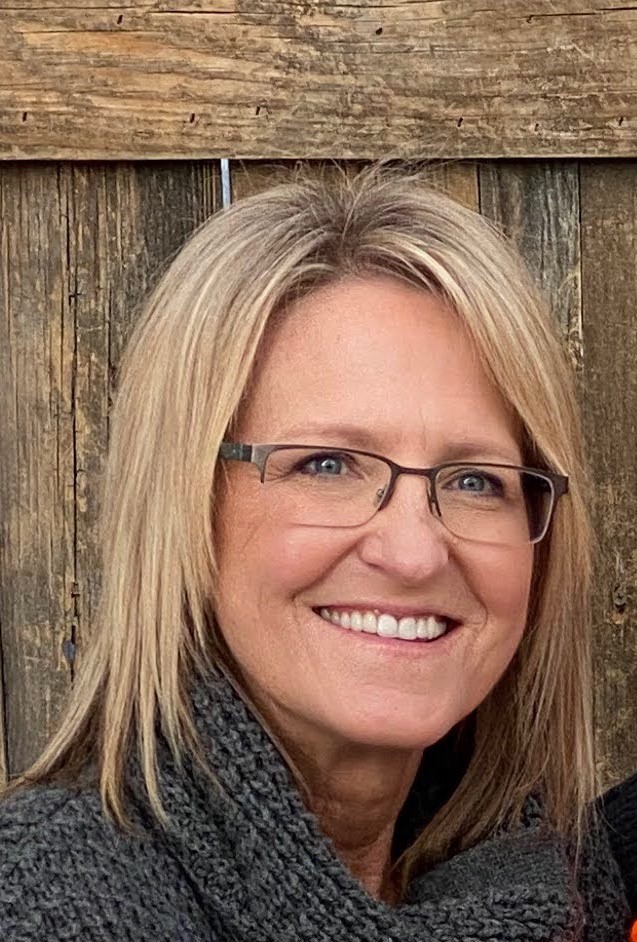 Joan handles all items relating to PML payroll and maintenance of employee records. She is also responsible for accounts payable as well as providing administrative/accounting support reporting directly to the CFO. Recently, she added maintenance of PML's Marketing and Employee websites to her task list. Prior to her position at PML, Joan gained extensive accounting experience in the construction industry while working 20 years as the Office Manager for an Omaha general contractor, and 15 years as a National Disbursements Manager at a window and door company. 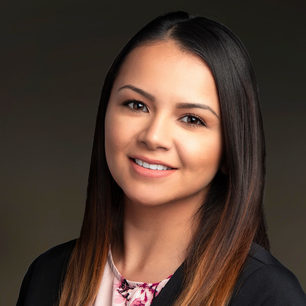 Noemi is responsible for numerous duties to support all departments within PML office. She is a definite asset to the company with her willingness to help and positive attitude, as well as being bi-lingual. Prior to joining PML, Noemi was the drywall industry for 6 years helping to manage and run her family's business. 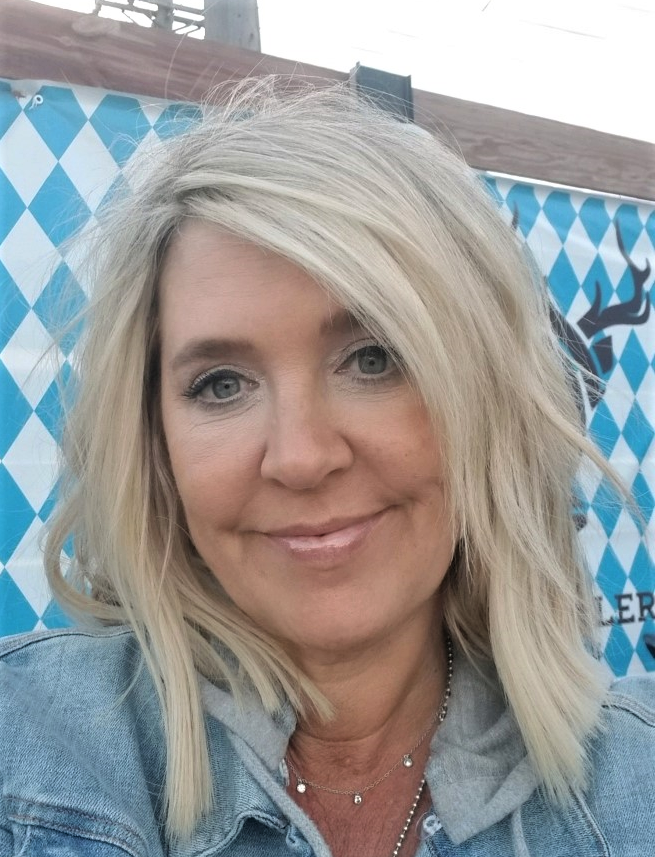 Holly's duties at PML include recruiting, marketing and business development. She gained a background in the construction industry while working in a family real estate business, flipping houses and fixing rental properties, as well as working in the field as a design specialist, diagnosing and estimating home repairs for water and foundation projects. Holly earned her Bachelor's Degree from Dana College.
Please contact Holly if you or someone you know is interested in joining the PML team! 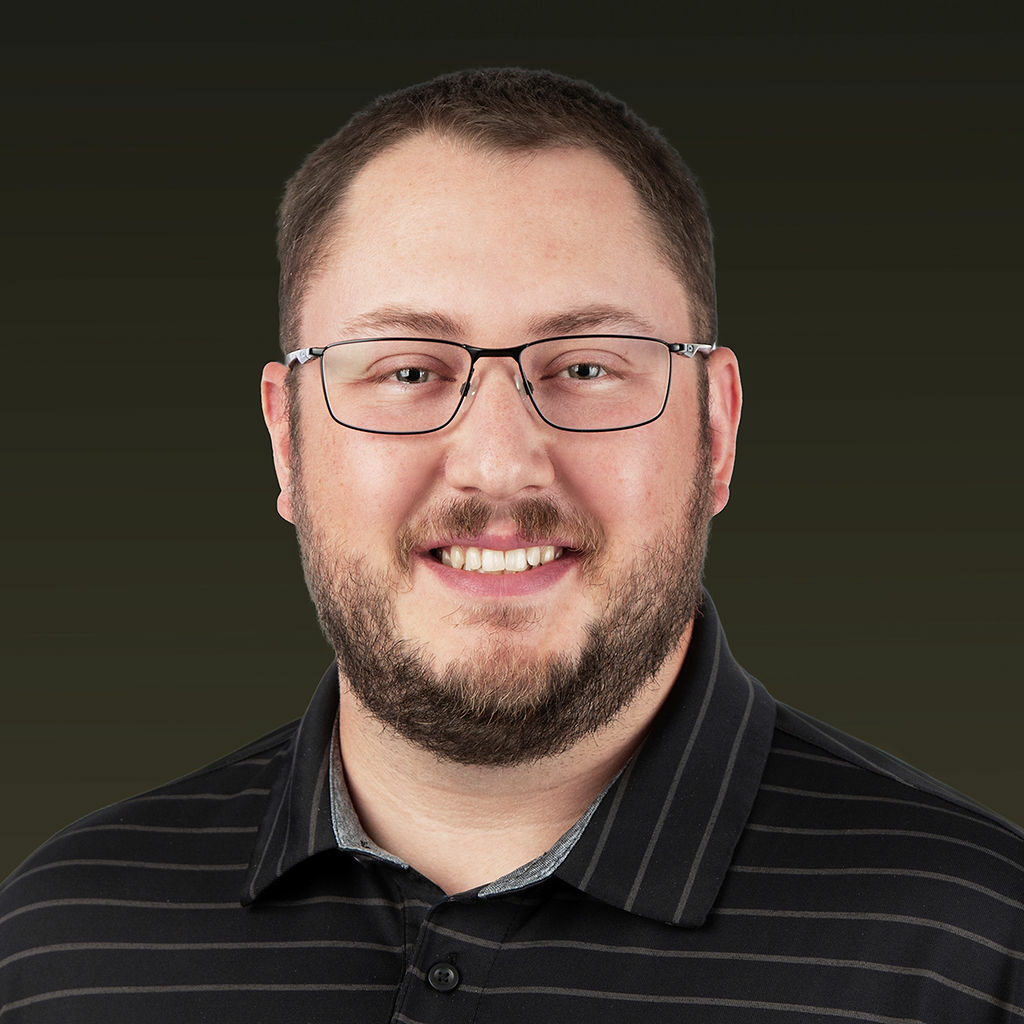 Colton's role at PML is to assist the CFO with accounting, financial reporting and human resources. He was a law enforcement officer for nine years prior to joining our team. Colton holds a Master's Degree in Business Administration, as well as Bachelor's Degree in Criminology and Criminal Justice.

Our Field Staff is recognized as the best in the area. They are true craftsmen who, most importantly, care about the jobs they are working on. As a collective, they are a very highly trained and motivated group who know how to get results on a project. Our customers recognize their ability to push a project, but also produce a quality end product that other companies struggle to reach. All of this is done in an industry leading commitment to safety. This group is the total package.